[vc_row][vc_column][vc_column_text]The 2016-17 football season was the first year for our beloved Minnesota Vikings to play in their brand-new, nearly 1 billion dollar facility in downtown Minneapolis! For spending so much money on this beautiful stadium (and how much time and effort they put into the food options there) they have very few gluten-free, and even less celiac-friendly options. They do have some but it’s not extensive or special in any way shape or form. There is gluten-free beer and wine so I guess that’s good!

I was able to go to two games before my Celiac Disease diagnosis so I got my fill on all the awesome food and drink options. Just Brian and I went to the game this year and we got there really early to walk around and explore our options for food. I’ve probably mentioned this before, but Brian eats gluten-free in the home and when we are out together so that I don’t feel bad – isn’t that sweet of him!

So before the game we researched on-line to find what kind of fun foods I could eat at the game. The  website shows minimal options, things like a gluten-free hot dog and bun, a salad, gluten free beer and pre-bagged Boom Chicka Pop popcorn. BORING! I want some deep fried stuff with cheese sauce oozing all over it! So when we walked through the door to the stadium, we kind of went straight to the Mill City Classics booth where they have a gluten-free hot dog and bun. Note: There are a few different Mill City Classics throughout the stadium and not all of them offer the gluten-free hot dog. I asked about the options and was told to walk a ways down to talk to Guest Services to get a list of the gluten free foods. They pulled out a 3-ring binder and opened to this page: 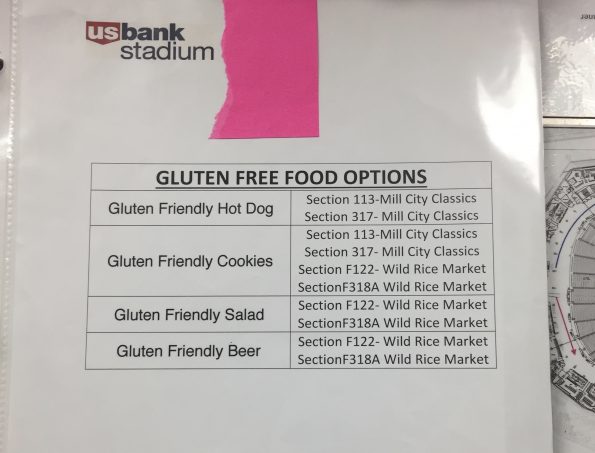 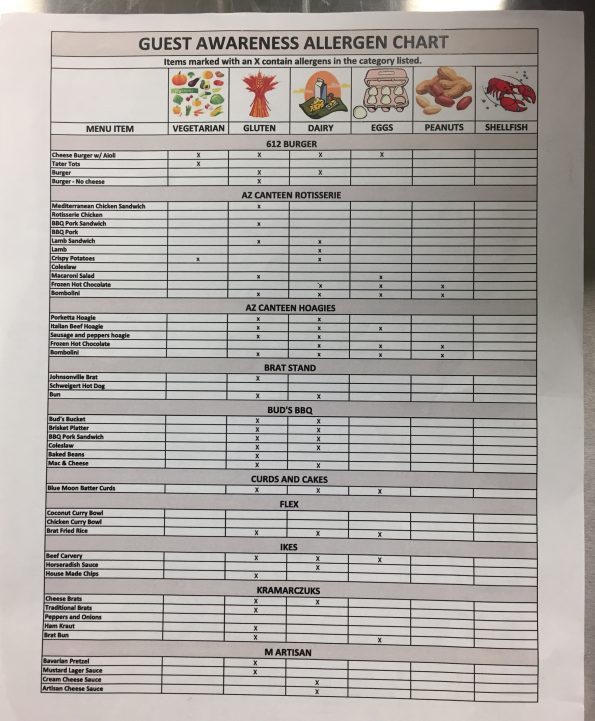 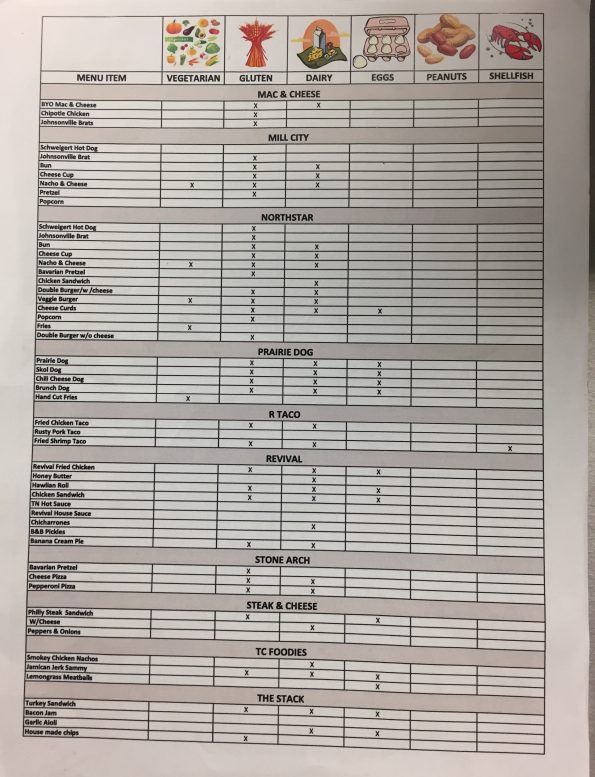 Not much there, right? This is also available on the MN Vikings/US Bank Stadium webpage.

Here is my breakdown of all the (mostly) celiac-friendly foods at US Bank Stadium!

A few other helpful tidbits: 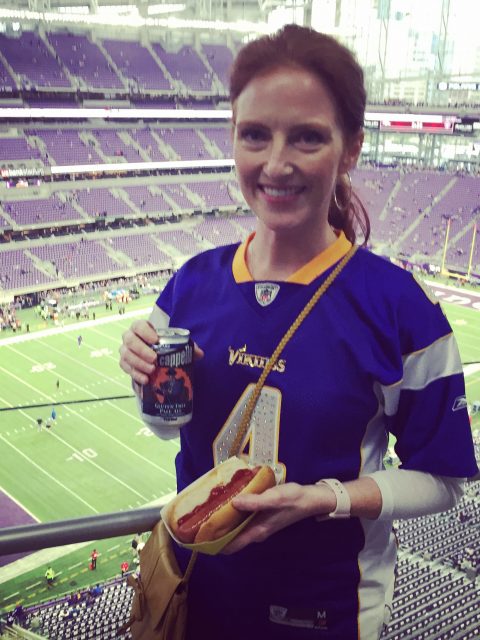 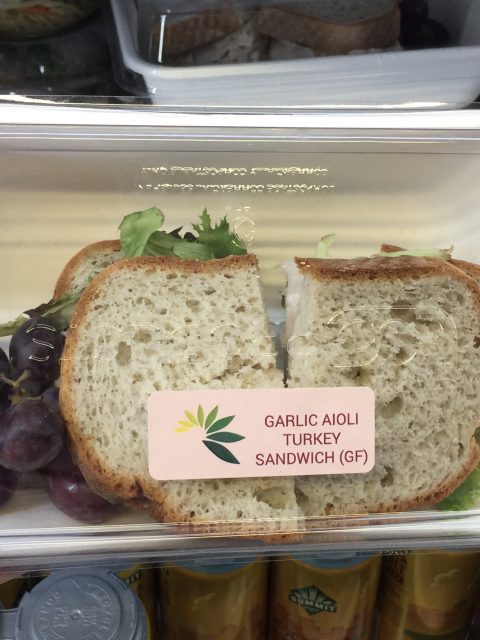 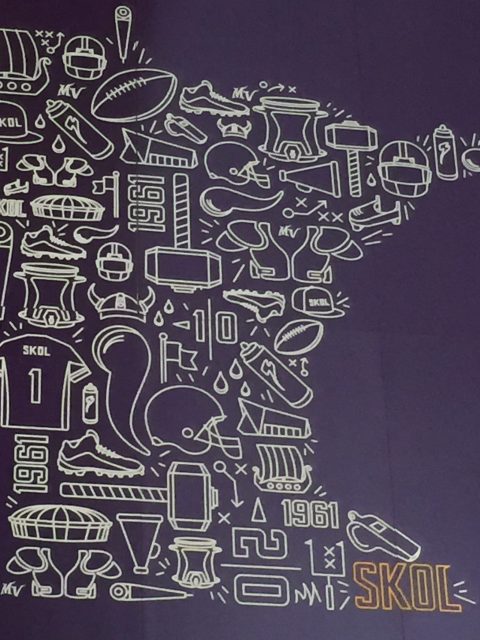 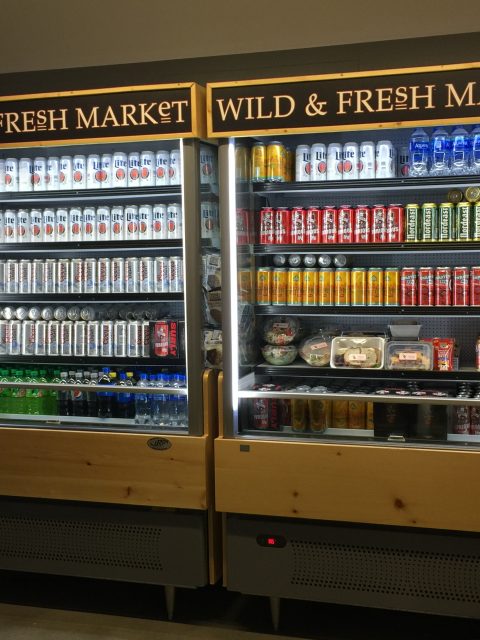 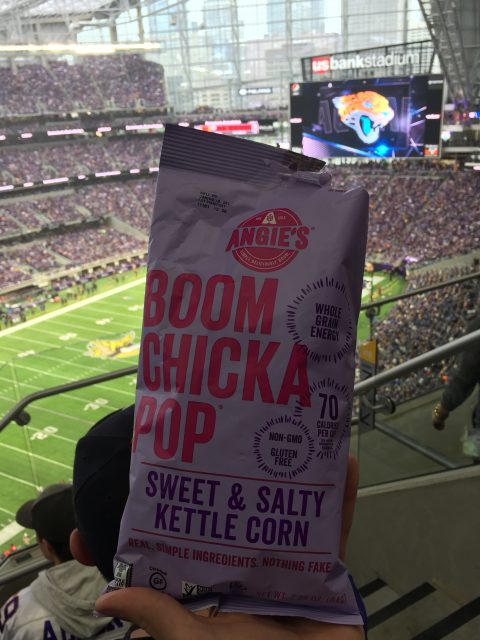 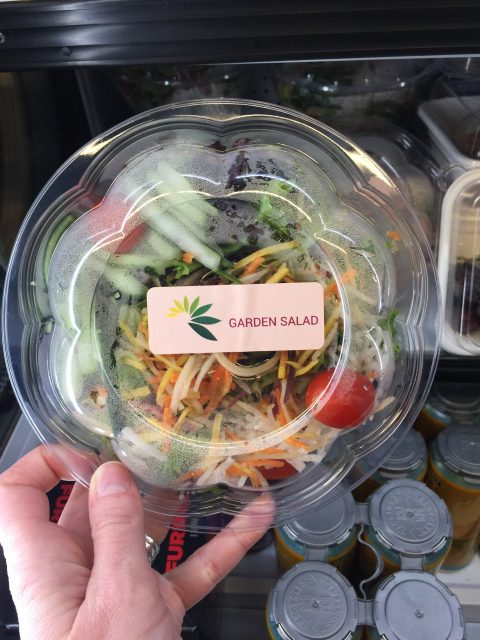 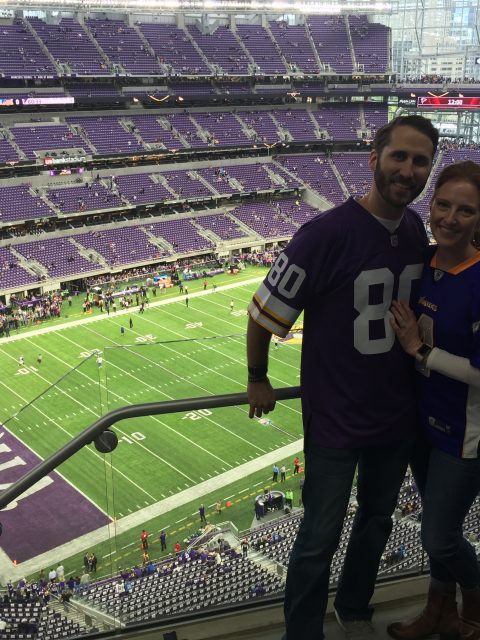 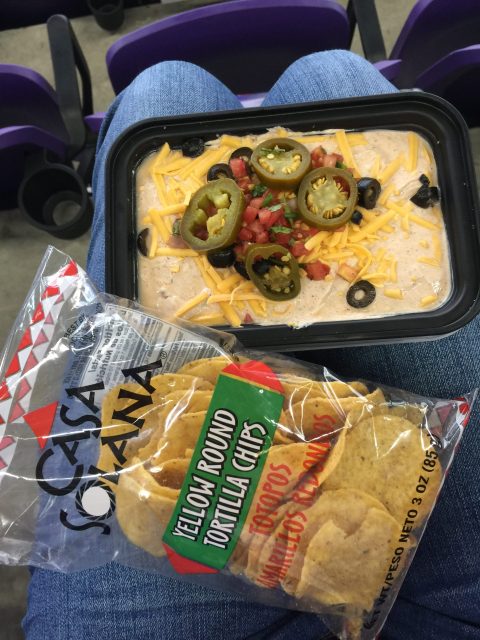 Overall, there are some options, but not a ton and your food experience will definitely be much better if you can eat whatever you’d like. I really wish there would be one safe booth for us where everything is gluten-free and there is no risk for cross-contamination. And perhaps where the employees are trained on allergy protocols. That might hopeful wishing!

On that note, SKOL Vikings![/vc_column_text][/vc_column][/vc_row]