Epcot was the second park that we visited and the first time at the snack carts where they have popcorn and ice cream treats and things. Just be aware that the snack cart operators are probably not trained as well on allergies as the restaurants are. The poor guys I asked about some of the treats had no clue! I ended up getting a Mickey Mouse ice cream treat and while they are filled with pure garbage, they are gluten-free. And really tasty on a hot and sticky day! 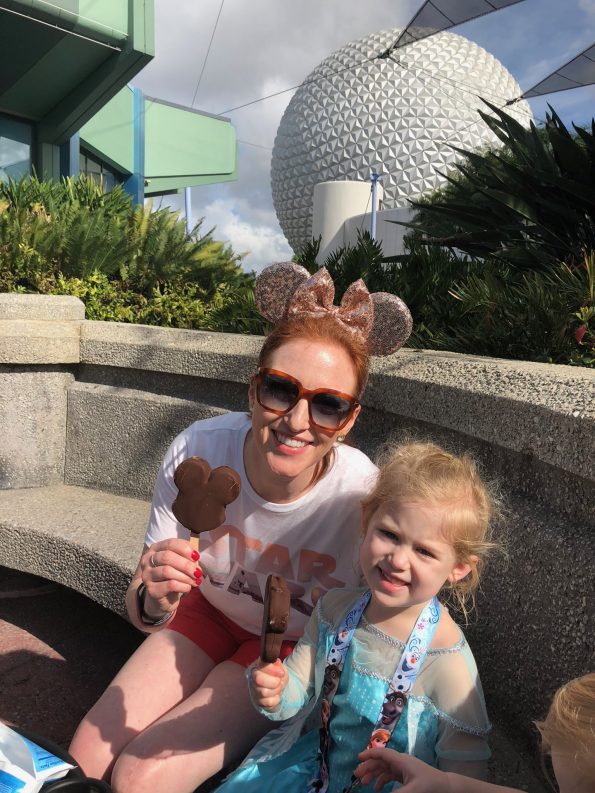 I ate lunch at La Cantina de San Angel in the Mexico pavilion at Epcot. Basically you can choose between the first three taco choices which are on corn tortillas. I got the seasoned chicken tacos which came with rice and beans. It was tasty. I asked about the corn chips and they were in a shared fryer so those are no good. I did get a margarita though and sometimes alcohol is necessary when spending a hot day in a crowded park with whiny children! 😉 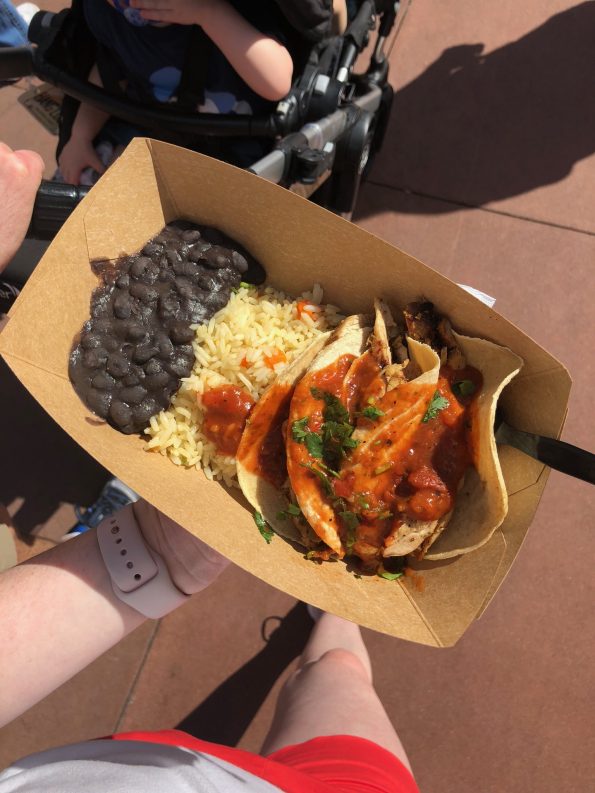 Choza de Margarita is a margarita bar with a huge variety of flavors but with a line that is equally as huge. We were there during the Epcot Festival of the Arts so they had a small stand set up called El Arista Hambriento right across the way from the margarita bar that offered a couple unique drinks. I ended up getting the ‘Frida guava margarita’ which was super delicious. When they handed it to me, they put this cute little Frida floater thing on top and then said to me “You can eat that.” As soon as they said that I asked what it was made out of. Found out it was made out of flour so they had to remake the drink for me. I didn’t snap a photo because I threw it back at the server so fast but I did find this photo on the Disney Food Blog so you can see how cute (but undrinkable) it was! 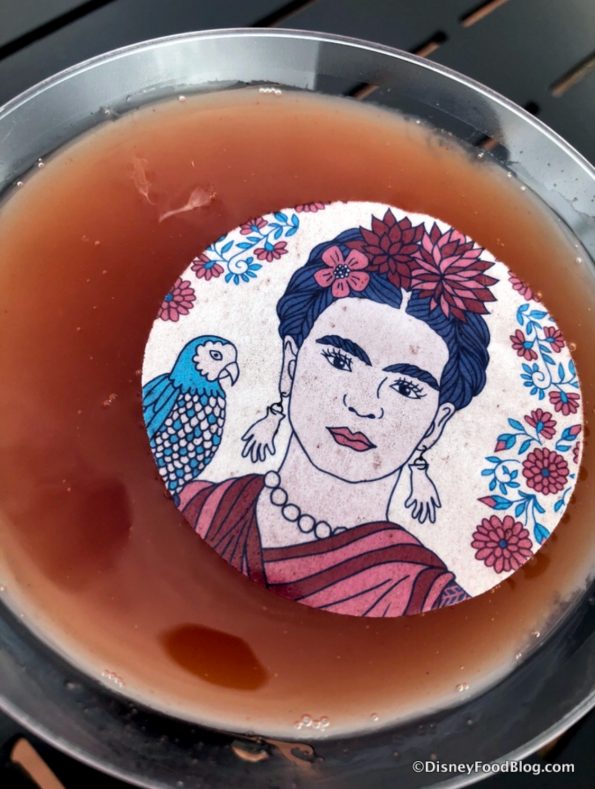 Another place I knew I wanted to go was to the France pavilion for the macarons. They are in the Les Halles Boulangerie Patisserie which is located in the back of France kind of around a hidden corner. It was super busy in there though so people clearly didn’t have a hard time finding it. I had to wait in the long line with everyone else ordering their lunch event though I only wanted the desserts. Once again I asked the person getting the food if they were gluten-free and he had to go and ask a manager who confirmed they were. I didn’t even ask about cross-contamination because they came pre-packaged and I figured they would be “good enough”. That’s not the best thought process to have with Celiac Disease, but honestly sometimes I’m just so over it that I just cross my fingers. I would never ever ever intentionally eat something full of gluten, but it gets real old real fast having to ask so many questions all the time. Macarons here were delicious and perfect little bites of sweetness! 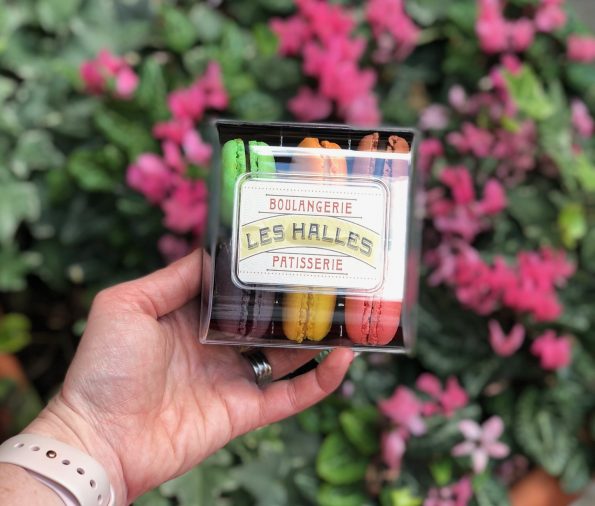 I wish that we would have had an extra day to go back to Epcot to explore some more of the food options! Epcot was one of my favorite parks!